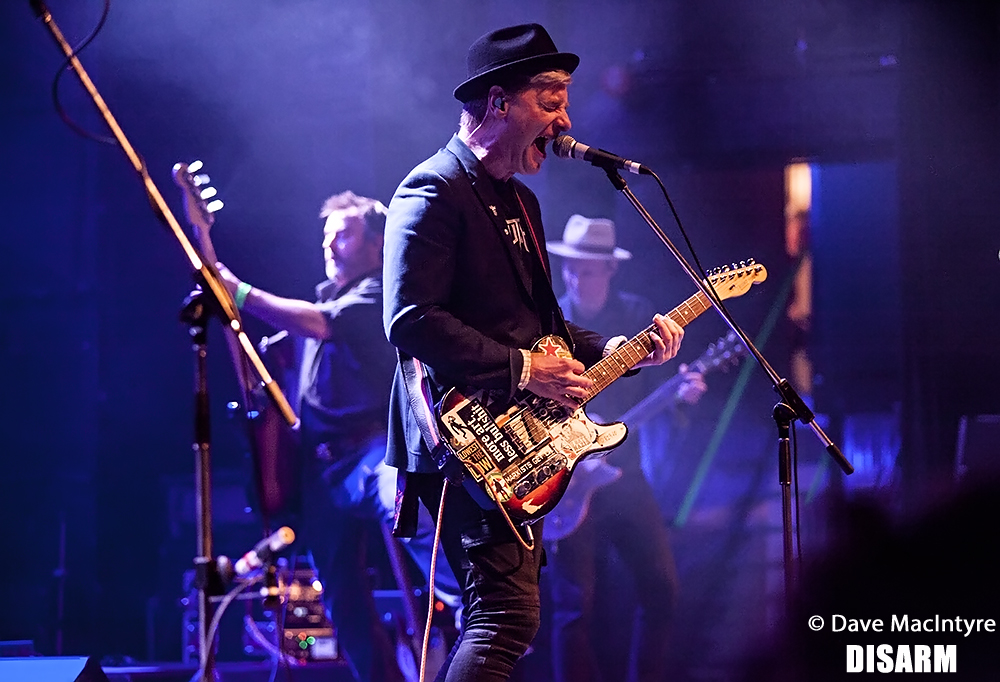 It’s a spring Friday night in Toronto and the Music Hall is packed full of Lowest of the Low fans. People who know this band’s 1991 debut record word for word. We’ve grown up with it. It holds a very special place in our Toronto memories (and beyond) and it has the power of great, singular music to transport its fans back to our younger selves. Not a few of us are here with the same ones we’ve been listening with since the 1990s, when bands had lots of time to bake, albums were played until they became our own anthems, and time moved slower.

Shakespeare My Butt, is, as the irreverent title suggests, an energetic twenty-something that’s equal parts bookworm and upstart. It was not common at the time for Toronto bands to take pride and ownership in this city, still then, deep in its insecurity complex and far too susceptible to American and British media, music, and notions of what cool was. But Lowest of the Low did that. They sang about making out late at night on Bathurst Street. The simple drunken joy of a tin of beer at the east end’s Only Café (a legend, already, back then and an institution by now). The Carlaw bridge appears. These are not references for the tourists, they do not pander to the American radio market, and they mean nothing to people unfamiliar with our neighbourhoods. They are community references, and references now belonging to fans of this band. 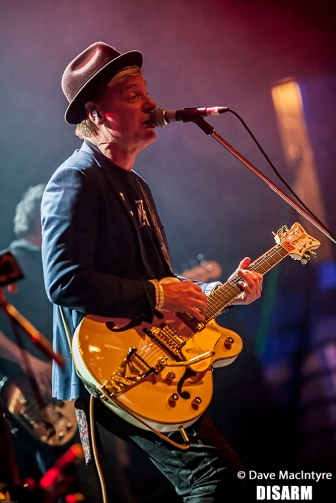 The album is Canada’s own George Best, the much-lauded classic Indie British record by The Wedding Present from the same period which documents, in sometimes excruciating detail, the cycle of first love through open-hearted, ripped from a diary verses. Both albums took hold of their respective cultures.  Shakespeare My Butt is an edgy album, featuring a then very bold use of profanity and frank talk of sex, both things that fuel young lives.

Bands with iconic albums slow-brewed over our formative years have an uphill climb when releasing new music today. There will always be the nostalgists, the “play the hits” louts. But the release of new music for our important 1990s (Canadian) bands is a big milestone today, and one well worth celebrating. The set weaves old and new rather seamlessly, with a lot of thought given to the set list and where to place the sure fire hits. But the Low needn’t worry. The new material is wholly their sound, still full of activism, boldness and the gritty love of those in need that their band name speaks to, with a well done accompanying video display that weaves historic civil rights march footage with the contemporary and the local, as seen as a backdrop on “The Barricade”.

Friends are brought out, filling the stage with a horn section and a bongo drum player. Guitars are swapped madly as the band runs through songs with the same energy as the records, and with Ron Hawkins in the rarest of voices, one ever-clear and unchanged across 25 years. A wonderful moment comes when Hawkins places his microphone in front of a woman in the crowd to ask her to tell us a story. She doesn’t hesitate. She’s ready. She mentions back in the day, CFNY 102.1 The Edge, hearing the song they are kicking into, having gone through a rough time and how it helped her through it. It’s a perfect soundbite of a story we all can relate to. Ron lays back on the stage, the microphone above his head, like he’s at home on his bed in that time travel world of last century on a long distance call over a cord stretched from one room to another. He looks utterly at home. He says speaking of CFNY…

Dave Bookman’s death of last week is still right under the surface of this city’s skin. Hawkins says some perfect words up to the rafters and beyond about Bookie, that he’s here, that “we’re just gonna keep on doing what he would do until he tells us to stop”.

The Low demonstrates that they still have their finger on the urgent pulse of what matters. Tonight the front row (in our end of the room) is solely comprised of petite, devoted women, who get to see and hear a rallying cry from one of our clearest voices for their rights, which are being challenged as we speak, even in 2019, half a century after the civil rights movement.

And it’s a fight that needs to be fought at every corner, even in rooms as friendly and warm as this one.

All standing room rock shows bring out the possible tension being shoulder-to-shoulder with strangers, in an unregulated area which relies almost totally on non-dickish behavior. Here, as in past Lowest of the Low shows, the room is quite an even gender mix (more than in many rock shows). One complete star of a fan is at the barrier on crutches. You gotta love music fans with all your heart. But one man emerges, looking to “good-naturedly” push and bully his way to the front. He is large, and uses his size to get his way, along with an uncomfortable jocularity. For we are not all jocks. We all have the right to enjoy a show in our own way. Majority rules, I guess, and in this part of the room (which happens to be the front row, stage right) there are quiet couples and women giving each other reasonable space. Until one man elbows, high fives and points his way to the front during, predictably, one of the hits. He even pats a stranger on the head. He’s alright when people go along with his ploy to push in front of others, the oldest trick in the book to the seasoned gig goer, but when he meets any resistance (even being ignored) he turns ugly. He disappears halfway through the show, a relief.

Tonight’s show closer is the melodic, honest sing along, “Rosy and Grey”, which talks about the simple pleasures of life on the margins / for the young. The fleeting freedom of the EI check (Unemployment benefits / “the dole”) meaning one can pay for a round of drinks. Regrets and reminiscences. The cheeky line about oral sex which is part of a couplet that is actually one of the most romantic in Canadian music history. This is The Lowest of the Low. The album became a phenomenon because their punk sensibility and fearlessness about their content broke through and said what everyone was thinking, told the truth about what young people (and hell, older people too) were doing and how we were living. And it holds up today, is enshrined as a classic album, as much as contemporary music ever can be in this country, these days, by a bands’ own bootstraps and the goodwill of fans willing to buy a box set. 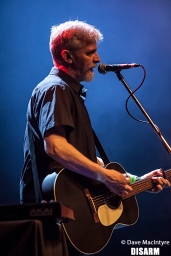